Why use Force Field Analysis? 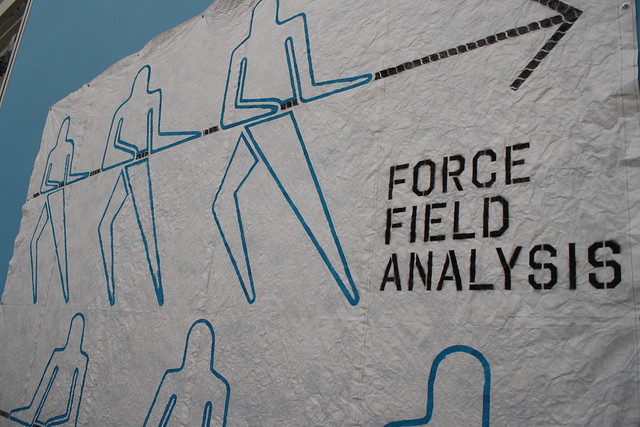 Force field analysis is a useful decision-making technique. It will help you make a decision by analysing the forces for and against a change, and help you communicate the reasoning behind your decision.

You can use it for two purposes: to decide whether to go ahead with the change; and to increase your chances of success, by strengthening the forces supporting change and weakening those against it.

What is Force Field Analysis?

Force field analysis is a method for listing, discussing, and evaluating the various forces for and against a proposed change. When a change is planned, force field analysis helps you look at the big picture by analysing all of the forces impacting the change and weighing the pros and cons. You use the tool by listing all of the factors (forces) for and against your decision or change. You then score each factor based on its influence, and add up the scores for and against change to find out which of these wins.

As you do this, consider the following questions:

It's important to identify as many of the factors that will influence the change as you can. Where appropriate, involve other people, such as team members or experts in your organisation.

Next, assign a score to each force, from, say, 1 (weak) to 5 (strong), and then add up the scores for each column (for and against).

Bear in mind that while force field analysis helps you understand the impact of different factors on your decision or change, it can be quite subjective. If you're making an important decision, use it alongside other decision-making tools such as Decision Matrix Analysis, Decision Tree Analysis, and Cost/Benefit Analysis.

Imagine that you're planning to install new manufacturing equipment in your factory. Once you've done your Force Field Analysis, you can use it in two ways:

If you had to implement the project in the example above, the analysis might suggest a number of changes that you could make to the initial plan. For instance, you could: